Today I finally got round to installing Office 2013 Pro Plus (x86), Visual Studio 2012 Ultimate and SQL Server 2012 Enterprise Edition (x86). The order I installed them in is as listed because in the past I’ve found that installing Visual Studio before Office led to problems.

Since I’d been participating in the Office 2013 beta testing, the first thing I had to do was uninstall the Office 2013 preview version from my machine. This was easy enough: I just followed the instructions on this Microsoft Support article. On the article there’s a special mention the ‘Fix it’ download should be run first when uninstalling a Preview version.

Once the Preview uninstall was done, I was just left with Office 2010 on my computer. I really like Excel 2010, so I decided to keep it when I installed Office 2013. To do this, I chose a custom installation type when prompted: 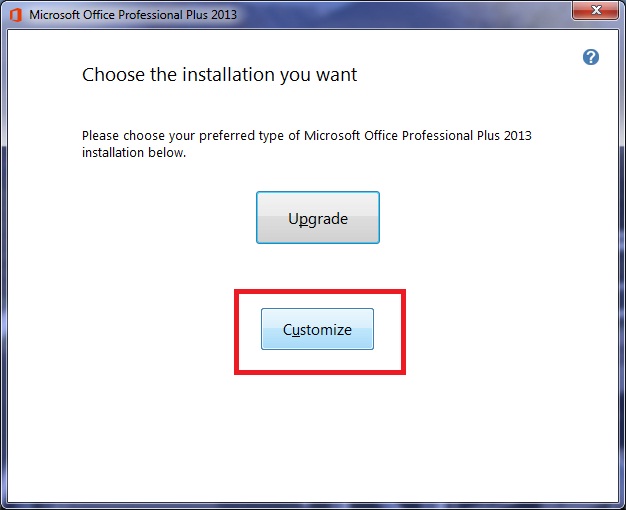 And then, on the Upgrade tab I chose to remove all Office applications except for Microsoft Office Excel:

Once I’d clicked on the Upgrade button the installation took just over 20 minutes, which isn’t too bad. At the end of the installation I rebooted my machine and then launched Excel 2013. When it loaded I was met with these error messages:

Ugh. I was disappointed when I saw these because I’d reported them during the beta testing and I’d had interactive conversations with Microsoft about them, so I’d genuinely expected them to be fixed. I’ll explain how to get rid of them in a minute, but first let’s finish the installation process.

I clicked OK through the error messages and then I was prompted to activate Office. I chose the ‘enter a product key’ option, entered the key, clicked on install, watched a short animation, chose ‘No Background’ (this can be customised later) and then it was finally done!

Now it was time to get rid of those pesky GetCustomUI() errors. From within the Excel ‘Start screen’ I pressed CTRL+N to open a new workbook and then I went to the DEVELOPER tab, clicked on the COM Add-Ins button and then un-ticked the ‘Chinese Translation Addin’ and ‘Visual Studio Tools for Office Design-Time Adaptor for Excel’ add-ins.

I then closed and re-opened Excel to make sure everything was okay, which it was.

At this point I remembered that these add-ins had reared their ugly heads again during the Office Preview testing when I’d installed an update, so I decided to fix them once and for all.

To completely remove the Chinese Translation AddIn from my computer, I went to Control Panel\All Control Panel Items\Programs and Features and uninstalled the Microsoft Office Proofing Tools Kit 2007. I’d never used it anyway.

To fix the VSTO Design-Time Adaptor for Excel add-in, first of all I continued with my planned installation of Visual Studio 2012, then I downloaded the Microsoft Office Developer Tools for Visual Studio 2012. This version of the add-in works absolutely fine in Excel 2013.

With those errors sorted, it was time for the finishing touches.

I checked the VBA IDE and I was pleased to find that it had inherited my custom settings from 2010, so nothing to do there.

I’m not a fan of the ‘white-look’ Office, so the last customisation I made at this stage was the Office theme. To change the theme colour go to File > Options > General and in the ‘Personalize your copy of Microsoft Office’ you can choose between white, light gray and dark gray. I chose dark gray and I ticked the option to use it regardless of the sign in to Office. If you want to, you can also change the office background here too.

In the comments, Sam asked for a screenshot of the dark gray theme, so here’s one with all three for comparison. The white and light gray themes are very similar to one another.